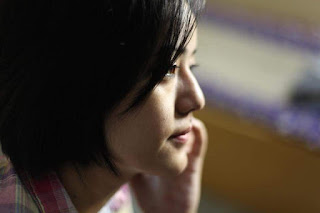 The film will be followed by a panel discussion on the experiences of women from the North East, while navigating through the city of Delhi through the feminist lens. Panelists: Rajat Ghose, Mergha Kashyap, Ruth Chawngthu, Prerona Saikia and Leki Thungon.
On the sidelines: Festival of Voices Exhibition

About the Film: The film presents personal reflections of young women who have migrated from the North East into the city of Delhi. With their distinctive culture and appearance they experience life in the big city as empowerment and independence on the one hand, and prejudice and discrimination on the other. The effect on personal values and morals, aspirations and their outcome are explored.

About the Film maker: Rajat Ghose has over fifteen years of experience in diverse fields of filmmaking. He was associate producer on the highly successful and popular business programme India Business Week for Star Plus. He has also worked for BBC World as episode director for Business Bizarre. He currently lives in Delhi and works mainly in the field of corporate films.

About the Panelists:
Ruth Chawngthu is a recent graduate in Political Science from Kamla Nehru College, Delhi University. She is a freelance writer and co-founder of Nazariya: A Grassroots LGBT-Straight Alliance. She is also a former Digital Editor of Feminism in India. She believes in radical politics and likes to make memes.

Leki Thungon is an Assistant Professor at the Department of Sociology, Lady Shri Ram College. She is originally from Arunachal Pradesh but has lived in Delhi for almost two decades now. She is also an infrequent writer.

Prerona Saikia is currently pursuing her second masters in Sociology from JNU. Her research area pertains to Gender, Labour and social movements. She recently interned at Mittika where she was tasked to map the narratives of women from varied backgrounds living in Delhi under the project 'Festival of Voices'.

On the sidelines: The Festival of Voices exhibition will present five stories in form of a panel display. These are few of the collected stories from the women who make up the city of Delhi--stories of women who have challenged the norms, disrupted the status quo, resisted and persisted in the face of adversity. The Festival of Voices aims to foreground the voices of these women to bring out the reality of women's experiences in Delhi. The ultimate goal is to sensitize and engage citizens to strengthen the call for gender equality.

This event is possible with the collaboration of Habitat World.
(nearest metros are Jor Bagh, JLN Stadium and Khan Market)