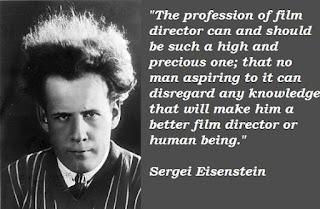 Battleship Potemkin is the classic masterpiece silent film from director Sergej Eisenstein from 1925. The film is based on the true events of the Russian Revolution of 1905. The film had an incredible impact on the development of cinema and was a masterful example of montage editing. Director: Sergei M. Eisenstein Stars: Aleksandr Antonov, Vladimir Barsky, Ivan Bobrov

This film was produced in USSR in 1938. Director Sergei Eisenstein wrote a theoretical thesis "Vertical Montage" analyzing one of its episode "Battle on Ice". According to that thesis, there music and image are synchronized by the common linear figure. Music was composed by Sergei Prokofiev. Prokofiev himself was quite satisfied by the collaboration with Eizenstein. He wrote in 1939: "Meeting with S.M.Eisenstein left me a wonderful memory. Eisenstein is not only an extraordinarily talented director, but also a refined musician. Usually, after finishing the rehearsal, we invited Eisenstein to the moment of the recording music on the film. And he always found some details needed to be clarified, some dramatic effect that should be emphasized, and by doing so he made the quality of our work higher. Eizenstein's respect for music was so great that he was ready to "hitch" film with visual image forward or backward only not to break the value of musical fragment. Do I need to say that working with such a condition gave me a great satisfaction!" ("Muzyka v fil'me "Alexander Nevsky" from "Sovetskiy Istoricheskiy fil'm", Moscow,1939, p.26-27.)

In documentary style, events in Petrograd are re-enacted from the end of the monarchy in February of 1917 to the end of the provisional government and the decrees of peace and of land in November of that year. Lenin returns in April. In July, counter-revolutionaries put down a spontaneous revolt, and Lenin's arrest is ordered. By late October, the Bolsheviks are ready to strike: ten days will shake the world. While the Mensheviks vacillate, an advance guard infiltrates the palace. Anatov-Oveyenko leads the attack and declares the proclamation dissolving the provisional government.

Strike was Sergei Eisenstein's first film (1924). It depicts life at a factory complex in Tsarist Russia and the conditions the workforce experienced. The plot is about the workers organising a strike which due to repression escalates into a full blown occupation. Its most famous scenes like Battleship Potemkin where the violent measures used by the Tsarist authorities. Acting mainly involved members of the First Workers Prolecult theatre an experimental movement in the Soviet Unions early years that attempted to replace the importance of plot with the power of performance aided by special effects. Sergei Eisenstein was a member of the Prolecult theatre before moving onto film and incorporated most of that style into his films.

The film opens with a montage of scenes of elemental violence, crashing waves and falling trees alternate with images of trees speeding past as if viewed from a motorcar. The imagery gradually changes to more tranquil vistas of clouds, grass swaying in a breeze, and rippling water. The first interior shot shows a woman silhouetted against a window.


More Popular Movies by Sergei M. Eisenstein (all pictures are in public domain and can be easily found on Youtube)