About the Film: This film is about the critically endangered Pygmy Hog and the relentless efforts, initiated by the legendary author and pioneer of conservation- Gerald Durrell for saving it. Once ranging throughout the Himalayan foothills of Nepal, Bhutan and India, the Pygmy hog was thought to be extinct until they resurfaced through a chance encounter, thus starting a chain of efforts by organizations like the Durrell Wildlife Conservation Trust to revive their numbers.

The film follows Daniel Craven’s journey, who’s an advocate of Gerald Durrell- the legendary author and pioneer of conservation.
His journey takes us through the ancient by lanes of Varanasi, on to Jamshedpur where Gerald was born and spent the first few years of his life, and finally into Assam where scientists, field assistants and forest staff are making every endeavor to rehabilitate and repopulate former habitats with hogs.

With odds stacked against both the animal and the people trying to save it, the story shows how various different factors influence the longevity of a species in a country as diverse and fast developing as India; and how despite all odds against it, with genuine passion and sincere efforts, an animal as underrated as the smallest pig in the world can make an incredible comeback.

About the Director: Daniel Craven was born and raised in Jersey, Channel Islands in the United Kingdom, Daniel has been fascinated with India ever since he visited the country as a child.
Following on the footsteps of the legendary author and conservationist, Gerald Durrell, Daniel now works for the Durrell Wildlife Conservation Trust in Jersey- an organization that incorporates Gerald’s conservation ideologies.

Being an ardent fan of Durrell, he has also taken after the latter’s love for species that are small and uncharismatic such as the Pygmy Hog, and it is the former’s life and his story that inspired him to make a film on the subject. To him, in a country as large and complex as India, certain people here have really stood out as pioneers of conservation; and it is their struggle and hard work, along with creating awareness for a species less known and cared for, that Dan has made this film which could possibly rally public opinion in its support.

Crew/Cameraman - Shaz Syed is an accredited wildlife cameraman and filmmaker with experience working with the BBC Natural History Unit, The Energy Resource Institute (TERI) and as a freelancer and photographer on various genres. He also occasionally leads nature walks to educate young members of the society as well as adults about urban wildernesses and animals that live within it. His interest lies primarily in the craft of ethical storytelling by shooting landscapes and the creatures within it – both photos and motion picture, and then to form stories that would not just be visually appealing, but also evoke empathy for the creatures and their respective habitats.

With a keen interest in using his skill to document urban wildernesses, human-animal conflict, and seasonal or permanent changes in landscapes and subsequent adaptation of creatures, the film’s idea struck a chord with him and he went on with Daniel in this adventurous venture and shot the film in both blue-chip and observational styles.

Thanks to Habitat Centre for the collaboration.

Your search for handcrafted and handmade gifts for the
festive season begins and ends at www.gestures.in
Get in touch with us for customised hampers and gift packs. 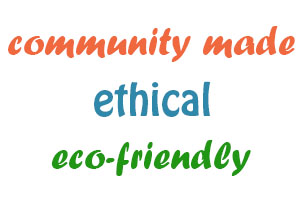 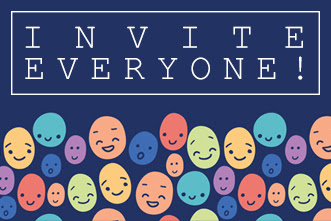