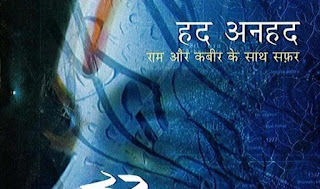 You are invited for the screening of

brought to you by 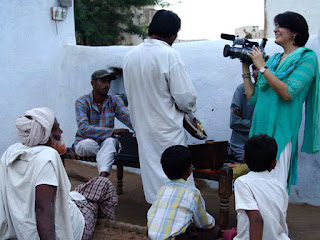 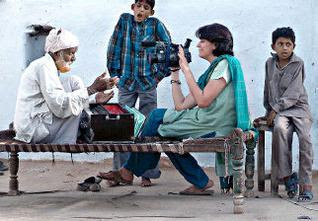 About the Film: Kabir was a 15th century mystic poet of north India who defied the boundaries between Hindu and Muslim. He had a Muslim name and upbringing, but his poetry repeatedly invokes the widely revered Hindu name for God – Ram. Who is Kabir’s Ram? This film journeys through song and poem into the politics of religion, and finds a myriad answers on both sides of the hostile border between India and Pakistan.
About the Film maker: Shabnam Virmani, is a documentary film maker and artist in residence at the Srishti School of Art, Design and Technology in Bangalore since 2002.Co-founder of the Drishti Media Arts and Human Rights collective, she has directed several documentaries in close partnership with grassroots women’s groups in the country (When Women Unite and Tu Zinda Hai, Bol series among others) and also co-directed an award-winning community radio program with the Kutch Mahila Vikas Sangathan in Gujarat.
Virmani began her career as a sub-editor in The Times of India in Jaipur in 1987. A few months later she made journalistic history when she filed the Sati story on what happened in Deorala village, Rajasthan. The next year she won a scholarship to do a Masters degree in Development Communication at the Cornell University, United States. She tried her hand at film making there and her 20-minute student film "Have a Nice Day," was a personal narrative of her alienation, as an Indian student trying to come to terms with North American culture.
Shabnam Virmani is the director of the Kabir Project. Started in 2003, the Kabir project brings together the experiences of a series of journeys in quest of this 15th century mystic poet in our contemporary worlds. It consists of documentary films, 2 folk music videos and 10 music CDs accompanied by books of the poetry in translation. The films journey into contemporary spaces touched by his music and poetry. In her films, Shabnam juxtaposes the urban and the rural, the Indian and the foreign, the classical and the folk, and the secular and the sacred, in their many approaches to Kabir and the search for a universal voice.